For the last few weeks in Milan, the days have been filled with perfect autumn weather. Perhaps seasonably warm a few days, but generally crisp, bright blue skies, no rain in sight. But the gray, foggy, dreariness of this photo from my apartment window is what we were met with this morning, which seemed apropos given the attacks last night in Paris.

The weather matches the mood. The streets were quiet today, everyone walking a little slower, talking a little lower. Maybe it was just my imagination, but it certainly matched my mood.

I first learned of the attacks last night on Twitter. I have to say, for breaking news, Twitter is second to none. The details were sparse, and it’s hard to convey much in 140 characters, but it was clear there was something tragic and deadly underway. It was hard to sleep knowing what was happening, the story still emerging, the edges soft and unformed.

I woke a few times throughout the night – higher numbers, lower numbers, revised information, things still solidifying. And then morning came, and things were over, and yet just beginning in so many ways.

It’s hard to make sense of what’s happening, in Paris, in the world at large. I’m still in my head about it, trying to access language that can explain the incomprehensible.

For now, my thoughts, my energy, all drive in a single direction; and while I hope tomorrow that I’ll be greeted with a morning sun, I’ll completely understand if I’m not. Sadly.

With Friday the 13th upon us, it seemed like an appropriate time to chat about superstitions. I consider myself to be a largely reasonable person, but for some inexplicable reason, I’m wildly superstitious. So is my sister. Black cats, walking under ladders, cracks in sidewalks – we’ll have none of it.

And don’t even get me started on Friday the 13th. We avoid air travel, long-distance driving. We don’t start anything new or change routines on a Friday the 13th. According to us, the risk associated with Friday the 13th is on par with base jumping or heli-skiing. This year there are three occurrences of Friday the 13th – February, March, and November. Three is the most that there can be in any one year, and there’s always at least one. It’s been a rough few years since we also had three in 2012. For those of us keeping track, the good news is that there’s only one next year and not another set of three for almost a decade!

Apparently my sister and I suffer from friggatriskaidekaphobia. Of all the things one can receive rehab for, this, sadly, doesn’t seem to be one of them. What’s a girl to do?

The origin of this affliction in my sister and me is unknown. Under normal circumstances, I take every available opportunity to blame my quirks and flaws on one parent or the other; but I’m afraid I can’t toss this one over to them. My parents are frustratingly rational people. The best I can tell, they bear no responsibility in this matter. Unless of course, it was this same rationality that drove us to seek something more magical and mystical in our lives.

When I started working in Italy a few years ago, I didn’t know that the significance of Friday the 13th wasn’t universal. In Italy, 13 is generally considered a lucky number. It’s Friday the 17th that causes them to go running from the room. It’s been difficult for me to determine if I need to adopt this new superstition as something of an homage to my second home, or if I can keep it just to the 13th. Given that there were two instances of Friday the 17th this year, I really didn’t see the sense in taking on two more days of angst. I thought this was an incredibly rational response for me, proving my parents’ influence was indeed present.

But the 13th is still a concern, so tomorrow I’ll be keeping things low-key. It’s no time to try blow fish or learn how to fence or enter an eating contest. That can all wait till the 14th. Until then, it’s safety first, people!

UPDATE:  I was so wrong!! There IS treatment for friggatriskaidekaphobia. An entire treatment center, so it seems. You know where to find me…

It’s been a big autumn for me. Changes that have been steeping for a while have finally come to fruition. Oh, let’s face it – they aren’t really that big of a deal, but when the changes are yours, they often feel bigger than they really are, don’t they?

So here’s what changed…

1. I got five inches cut off my hair. I’ve had the same hair guy for almost twenty years. He’s my buddy, my pal. He won’t steer me wrong, but he also knows that once I’ve made up my mind, there’s no turning back. It’s only hair after all. I get that.

But sometimes these seemingly simple changes are indicative of something more – indicative of a readiness to tackle bigger changes. Symbolic things like hair cuts are an invitation to the universe to bring it on.

2. I got a new laptop. Yeah, yeah, I know, it doesn’t sound like a big deal either. But what’s important is that I’ve had the same laptop for about eight years. It was still on Windows XP, an operating system I truly adored. I get attached like that – yes, even to operating systems.

I waited until the last gasp before finally making the change. The day I couldn’t do a basic task like copy and paste, I knew the time had come. I got a teeny, tiny Dell laptop with a touchscreen and Windows 10. This is likely the most cutting edge that I’ll be. Trust me, I’ll never be accused of being an early adopter; but all things considered, the transition hasn’t been as painful as I worried it might. More importantly, I can copy and paste again.

3. I got a new phone. Similar to the laptop, I’d held on to my cell phone for much longer than made sense. I was perhaps the last person in the civilized universe talking on a Blackberry. I loved my Blackberry, and if the battery hadn’t gone to seed, I’d still be using it. I made the leap to the dark side, which is to say I’m now a member of the Apple family.

Here’s the thing about change, at least as it relates to me. The contemplation of it is far more anxiety-ridden than the actual change. Perhaps it doesn’t always work out that way, but all the energy and time I spent resisting it was so draining by comparison.

Will I be any quicker next time? Perhaps not. I imagine I’ll be on Windows 10 long after it can be purchased or supported. I’ll be draining the battery from my iPhone until the new versions are in double digits. But hopefully I’ll remember how easy it ultimately was when I’m faced with other transitions that are sure to come. 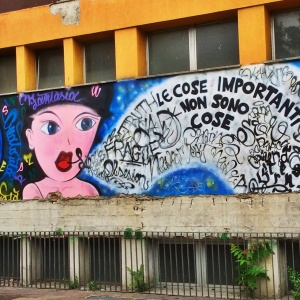 My life of late has been a series of leavings. Partly by design, partly by desire, I find myself unpacking and repacking on a regular basis. I have the logistics of it down to a science – leave the house two hours before any flight, pack anything critical in carry on, set the thermostat to fifty-five, put the mail on hold, and so on.

But the emotions of it, I’m still working on. As much as I look forward to most trips, I also don’t want to leave home. I never feel like I have enough time at home – except when I’m there, of course.

This frenetic case of wanderlust has been with me for a lifetime. At this juncture, it wouldn’t seem that it’s some phase I’ll grow out of in due course, like when I thought I wanted to join the Peace Corps or be a long-haul truck driver (true story for another time!).

My father was a career Navy man working on diesel submarines. For the first several years of my life, we moved every couple of years, sometimes less. We exited the roller coaster the year I turned ten, which on paper sure doesn’t seem all that long, and yet, living that first decade of my life in such a nomadic style has shaped everything that came after.

When you’re born in to something, you can go a long time not realizing there’s another way. A whole lot of other ways, as it turns out. I remember during sixth or seventh grade when I realized that I had friends who had never been on a plane, had always lived in the same town, and even more strikingly, lived within reasonable driving distance from the bulk of their relatives. My relatives, on the other hand, lived on the opposite coast from me. We’d never shared a Thanksgiving or Christmas with any of them.

As children, you don’t spend a lot of time missing what you don’t have. Indeed, we had no need to. I have the great privilege of having incredible parents, and a sister who isn’t so bad either. (That’s a joke – she’s a gem, my mirror, my forever friend.) I never felt that we were missing out by spending each holiday just the four of us, or maybe with some family friends.

And so we’ve come full circle – back to the trip that I’m on right now. The trip that allows me to explore and experience while at the same time maintaining a home in a town that I love.

What was I complaining about again?